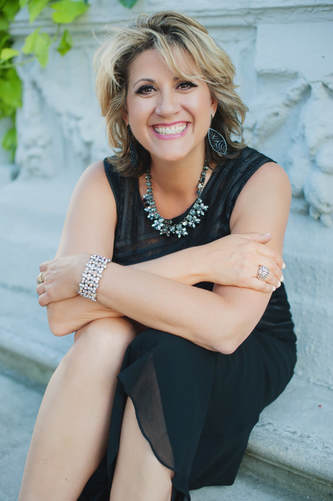 Toronto’s Sandra Carusi has come a long way since her triple negative breast cancer diagnosis in April 2014.
​
Today, the 48-year-old single mother is undergoing immunotherapy for her fifth recurrence, all while balancing a successful career as a radio show host, stand-up comedian and emcee.

At the time of her first diagnosis, her cancer was aggressive and the prognosis wasn’t good. Working in sales at the time, she was unsure she’d be able to pursue her dreams of getting into radio and comedy.

She credits the Look Good Feel Better program for helping her get to where she is today.

“When I went through the program and I started to recognize myself again, there became hope and things started to be plausible,” said Carusi, who hosts Inside Jokes on AM640 and produces The Parenting Show and The Dating & Relationship Show on the same channel.

She’ll be sharing her inspiring story as the emcee of Mirror Ball, Look Good Feel Better’s annual fundraising gala at the Westin Harbour Castle Hotel on Friday November 10.
​
Carusi also wants to use this platform to help raise much-needed funds for the cause that helped her feel like herself again during one of the most challenging times of her life – and, of course, to thank those who have supported the charity over the past 25 years, ultimately making the program available to her when she needed it most.
Read Sandra's Story
OUR SPONSORS
Presenting Sponsor